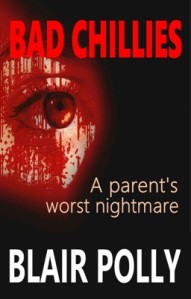 Synopsis: A fast-paced crime thriller with a chilling ending you won’t expect.

When a young boy is abducted, his parents pay a huge ransom, following the kidnapper’s instructions to the letter. Instead of getting their son back, they receive a jar containing one of his fingers and a note demanding more money. Realizing their mistake, they do what they should have done in the first place, they call the police.

Wellington detectives Chris Spacey and Andy Thompson get lucky and catch the sadistic kidnapper, but he escapes from custody, two more children disappear and a desperate hunt begins. Set in Wellington, New Zealand over a period of one grueling week, Bad Chillies tells a story about a darker side of human nature. It also shows that some parents don’t know their children quite as well as they think do.

Look inside for a free preview>>>